We All Make Mistakes – But Can We Learn from Them?

In our latest guest blog, Corinne Fenech, discusses why unethical decision making is not above any of us, why this matters, and what each of us can do about it.

Have you ever wondered why good people make unethical choices, and did you know that most do it unknowingly? Many, both in academia and in practice, have been trying to understand this and new insights are emerging. This short blog post will discuss why unethical decision making is not above any of us, why this matters, and what each of us can do about it. The hope is that it ignites your curiosity, inspires you to learn more and enables you to do better.

There is increasing evidence that none of us is as ethical as we would have ourselves believe. Not only do we betray the reputation that others attribute to us, but even our own impression of ourselves. Quoting Mazar et al. (2008, p. 633), “…people behave dishonestly enough to profit but honestly enough to delude themselves of their own integrity.”  What is even more concerning is that it seems to be the people who have the best reputation for integrity, who seem to be more susceptible. Thus, for those of us who are responsible for maintaining high levels of ethical standards in organisations, this spells an even greater challenge.

The mechanisms which feature most in commonplace unethical decision making are justifications and excuses. In a classic research carried out by Konovsky and Jaster (1989), the authors found that only 2% of responses were actual admissions of guilt, whilst 9% were outright denials, tantamount to lying. The other 89% were justifications and excuses. These mechanisms often reveal themselves through what may sound like harmless business reasoning along the lines of ‘it’s the customer’s prerogative to check exactly what they are buying’, ‘I was ordered to do this, so I had no choice’ or ‘business is business and we all need to do all what it takes to survive’, and ‘everybody would do the same under the same circumstances.

There are differing views on whether we first make intuitive decisions and then justify them (authors like Haidt (2001) subscribe to this view) or whether we first justify our intended actions and then decide (authors like Bandura (2002) promote this view). However, whilst there is no consensus on the sequence of events, there is evidence of general consensus about the commonplace occurrence of justifications and excuses in organisations.

Why it Matters so Much

The commonplace occurrence of unethical decision making on what may be termed petty matters, carries considerable weight, not only because of its regular occurrence but even more due to the consequences it brings about.

As another area of research reveals, unethical decision making may start small but has the potential to escalate into gross misconduct. I am sure many of us heard of the fabled frog in the pot metaphor. The unfortunate frog in a pot of water on a flame, which does not realise the incremental changes in water temperature until it becomes too hot, and then has no strength to get out.  Escalation of unethical decision making, often referred to as a slippery slope or an escalation loop, happens when small, seemingly petty unethical actions lead to more significant unethical decisions and actions.

Research has quite a simple explanation as to why this happens. Every decision we make, whether we realise it or not, is stored in our memory.  Whenever we meet with a similar set of circumstances in the future, we automatically use the same method for dealing with the situation. When we have taken a decision in the past, that decision becomes the baseline for the next one.  If today I have justified to myself that overcharging a customer £5 is acceptable, then that £5 becomes the baseline, and it is much easier to overcharge £6 the next time around.

Now that research is showing us facets that before were hidden, we can do something about it. Allow me to share some pointers:

Do any of these resonate with your own experience?

The unintended occurrence of unethical decision making in organisations, termed as ethical blindness by Palazzo et al. (2012), but referred to using many other names by many other authors, is just like the half-full glass. We may look at it and reason that whatever cannot be rationally understood cannot change, or that despite our proneness to making unintended unethical decisions, we can still become more aware, become better people and enable more ethical organisations. 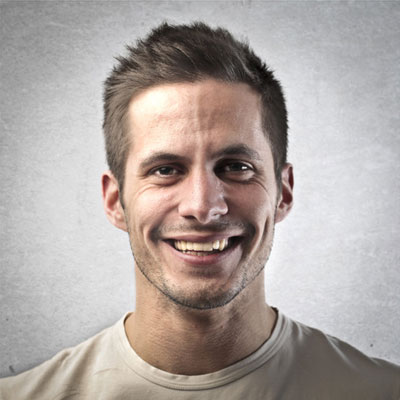 Based in the sunny Mediterranean island, Malta, Corinne Fenech is a PhD researcher with the University of Glasgow, and a practicing business consultant, and trainer under the brand name TinkTings. She moved up the ranks from customer service officer to strategy manager, and a freelance consultant and trainer, over the period of twenty years. Her areas of industrial expertise are customer experience, innovation and sustainability. All her university education was undertaken whilst working, and she has obtained an MBA and an MA in Business Ethics from the University of Malta.

Corinne’s passion for ethical decision making in businesses has shaped her outlook on the industry in which she practices and inspired her to take this passion to the next level. Her PhD research focuses on ethical blindness, a phenomenon where people do not realise that they are making unethical decisions in the moment. She aims to understand how this phenomenon is manifested in everyday organisational decisions and hopes to be able to work with others in order to empower more ethical business practices.

Read the IBE's summary of the latest surveys on business ethics.

An assessment of the Codes of Ethics of the UK’s leading companies.

Purpose and the Pandemic

View the recording of our webinar.