Tone from the top is a proven driver of culture – for good or for bad. However, whilst what managers say is important, their words don’t count for anything if they are not backed up by actions. It is also important to remember that leadership does not happen exclusively at the most senior levels in an organisation. Every individual has the potential (and the responsibility) to demonstrate ethical leadership, regardless of their job title.

This masterclass is designed for those moving into leadership positions and for tomorrow's business leaders. It may also be of interest to those looking to refresh their thinking on ethical leadership. We will explore how to develop the right tone to engage with colleagues and lead them by example while empowering every employee to do the right thing

Participants may also request a certificate of attendance.

At the end of this course, you will be able to:

•    Understand what ethical leadership is and why it is important in an organisation
•    Identify the most important behaviours that define an ethical leader
•    Encourage colleagues at all levels in your organisation to do the right thing
•    Recognise pressures that lead to unethical behaviour.

Former Head of Research at Institute of Business Ethics.

Guen coordinated the work of the Research Hub and conducted research and wrote on a variety of business ethics topics, including IBE surveys, briefing and reports. She advised organisations on how to make their code of ethics and policies more effective and conducted benchmarking exercises on specific issues.

She delivered bespoke training sessions, as well as talks and presentations on the IBE research. She was secretary to Professionals against Corruption, at the IBE (PaC, at IBE), which brings together professionals from real estate, legal and accounting professions to prevent corruption.

Before joining the IBE, she collaborated with the inter-university centre for business ethics and corporate social responsibility EconomEtica in developing the code of ethics for the Italian Association of Management Consultants and worked for CSR Europe, a European CSR Business Network based in Brussels. She holds a master’s degree in Business Ethics and CSR from the University of Trento in Italy. 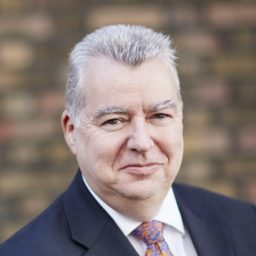 Prices include the online session with our trainers and course materials.

Payment in full must be received and cleared before the start of the masterclass. We accept payment by credit/debit card via SagePay.

How to book training

To make a booking you will need to...

Register for a free online profile

To register for this training you will need to create an online profile, to do so please complete the registration form.

Once you have completed this registration form you will receive a welcome email to activate your profile. This process includes setting your password and selecting your mailing preferences in the first time login form. Setting up your profile will enable you to receive IBE newsletters, purchase publications, book events, as well as register for this training.

Already have an online profile?

Please email events@ibe.org.uk if you have any trouble accessing, or setting up your profile.

Once you have booked a ticket you will receive your joining information.

To encourage frank discussion amongst participants and the open sharing of ideas and experiences, this event will take place under the Chatham House Rule.

This means that participants are free to use the information received but neither the identity nor affiliation of the speaker(s), nor that of any other participant, may be revealed.