Further details to be displayed in due course. As Director of the Institute, Philippa is responsible for implementing strategy, leading the team and ensuring that the Institute meets its charitable aims of raising awareness and spreading best practice in the field of business ethics.

Since taking a degree in Geography at University College London, Philippa has 30 years of business experience. She began her career at Citibank NA before joining Bowater in their Corporate Treasury Department in 1979, leaving in 1988 as Group Treasurer. She was Group Finance Director at DG Gardner Group, a training organisation, prior to joining Thorn EMI in 1993 as Group Treasurer until 2000. In 2001 she was appointed Director of the Institute of Business Ethics.

In connection with her role at the IBE, she served on the Woolf Committee 2007/8, looking at ethical business practice in BAE Systems plc. She speaks widely on business ethics issues, encouraging high standards of business behaviour based on ethical values.

She sits on the Board/Advisory Board of the Chartered Institute for Securities and Investment (CISI), and RAND Europe. She is a Visiting Fellow of the Said Business School at Oxford University and Honorary Vice President of the Employee Ownership Association. She chairs the Antarctic Place Names Committee and is former Chairman of the UK Antarctic Heritage Trust. 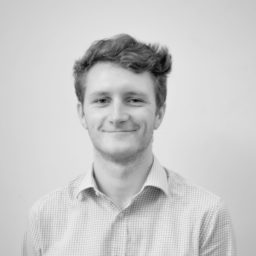 As a Research Assistant at the IBE, I contribute to a wide range of research projects and publications, carry out advisory work for supporter and non-supporter organisations, and assist in the delivery of events and training.

I joined the IBE in October 2019 as an intern after concluding my studies for an MA in Corruption and Governance at Sussex University. After 3 weeks as an intern, I became a permanent member of staff at the Institute.